Emotional Freedom Techniques or EFT is a relatively new discovery based on ancient healing principals of Chinese Medicine. It is a form of energy psychology. It was founded by Gary Craig a Stanford engineer, who originally trained with Roger Callahan who founded Thought Field Therapy (TFT). EFT is a modified and more user friendly version of Roger Callahan’s Thought Field Therapy. It is acupuncture without needles. Trauma and stress in its many forms create blockages in the meridian system which lead to illness and disease. EFT works to clear these blockages so that energy can flow freely. This is achieved by tapping on specific points whilst saying a statement that relates to the issue. Although often combined with other practices it is highly effective as a stand-alone therapy. Its popularity has risen due to the fact that it has swift and lasting effects, and often works where nothing else will. 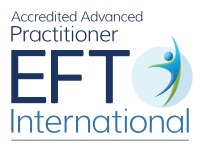